Kate Paarlberg-Kvam comes to CASP from higher education, where she spent the last ten years teaching courses in Latin American history, social movements, gender studies, and political economy. She has a doctorate in Latin American and Caribbean Studies from the University at Albany (SUNY), and has worked as a researcher and a solidarity activist with social movement organizers in Colombia. She lives in southwestern Vermont with her partner and two children.

Steve Crofter was raised in Troy, NY, and Washington, DC, and attended an alternative high school promoting the Quaker principles of peace, goodwill and social justice. He has worked at many trades – carpenter, bus driver, public school teacher, household goods mover, and farmer. After living for three years in Mexico, he and his life partner Laurel Green moved to Rockingham, VT, where their current project is turning an uninsulated and dilapidated house into an energy-efficient home. Steve’s interest in cross-cultural relations began as a child when his professor-father hosted international students for Sunday dinner.

Dora Urujeni is a former Member of Parliament in Rwanda with a master’s degree in Peace Building and Conflict Transformation from the School of International Training and a bachelor’s degree and graduate diploma in Educational Psychology from the University of Rwanda. Here in the United States, she has worked as a director, coordinator and interpreter for groups at a number of colleges, including Smith College, Johns Hopkins University and the School for International Training. In addition, as a volunteer, she has coordinated activities for the Greater Falls Community Justice Center in Bellows Falls. 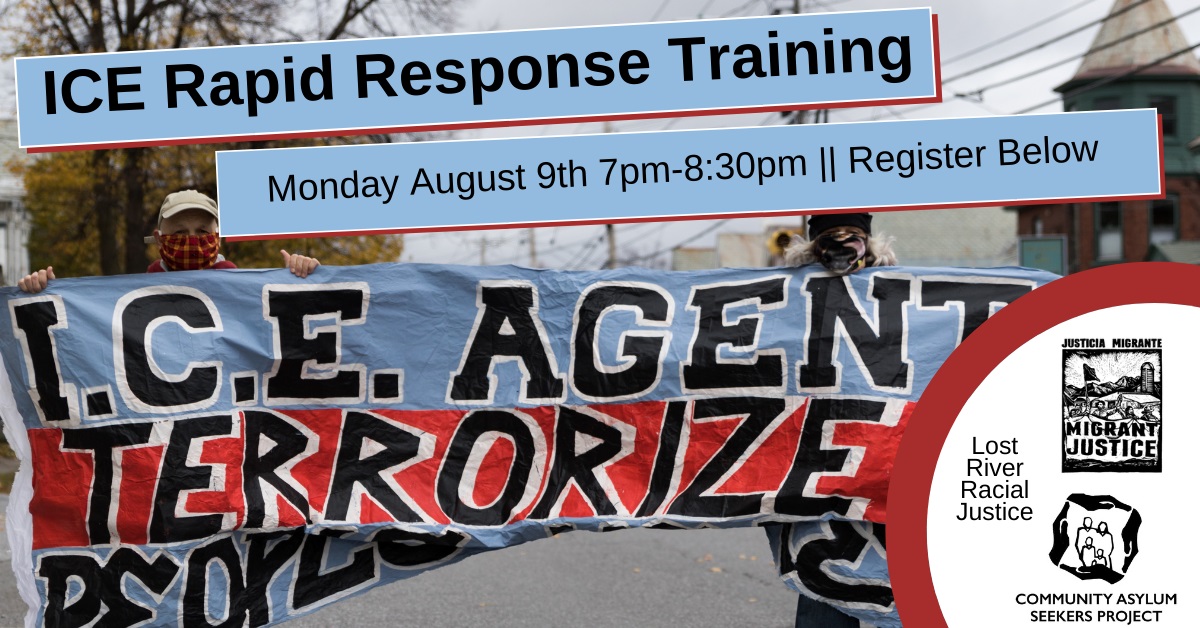 As Brattleboro prepares to welcome new neighbors, we need to know how to respond in case of an intervention by ICE. Join CASP, Justicia Migrante/Migrant Justice, and Lost River Racial Justice to learn about how to respond to ICE actions. On August 9th, 7:00-8:30pm, we will be covering preparation, intervention, and mobilization in the context of the Brattleboro area. Register here.

Your tax-deductible contribution will help us continue this important work.

For details about our finances and activities, see our 2020 Annual Report.